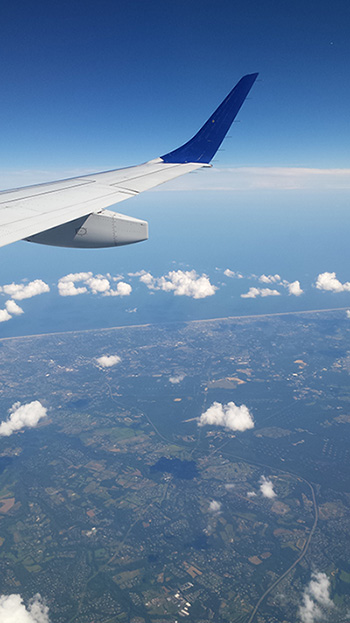 Although I moved 3,000 miles away to attend PT school, this post could be just as useful for anyone that wants to move away for grad school.

Now that orientation begins in two days and I’ve gotten used to my new city, I’m excited for school to start! I’ll recap the past few months, and hopefully this post will relieve some of your worries.

Living Alone vs Living With Roommates

First off, I had trouble deciding whether or not I wanted to live with roommates, or find a one bedroom apartment and live by myself. I’ve lived with roommates all throughout undergrad. You have to deal with their messes, you can’t control when their friends visit and how loud they’ll be, you can’t guarantee that it’ll be quiet enough to focus on studying, and you can’t help it if one roommate bakes brownies again and you eat half of them. Don’t get me wrong, these roommates are my best friends and I loved living with them, but I was unsure if I wanted any of these extra stresses during grad school.

The idea of living alone was relaxing, and I loved that I would have my own space to focus on the rigors of PT school, without being stressed out by anybody else. Plus, if I felt lonely or changed my mind, I could always find roommates for the last 2 years of school.

However, finding an apartment 3,000 miles away is not an easy task, and was more stressful than just finding roommates. I couldn’t see anything in person, I did not trust craigslist ads, and the larger apartment complexes would not have any openings until two months before I wanted to sign a lease. A lot of apartment complexes also had gorgeous pictures online, but the customer reviews explained that the apartments were usually more run-down than they appeared.

How to Find Roommates and an Apartment

I decided to live with roommates. I found 2nd year students when I joined the Facebook group for my school, and they were able to look at apartments and decided on a really awesome place to live. I hadn’t met them before I signed the lease, and only briefly spoke to them on the phone, so I was nervous about how well we would get along. However, they’re really cool people and have great advice about the first year of school. I’m also in a neighborhood with several other students, so I’ll have people nearby to study with.

I recommend that you visit any apartment in person. If you’re moving far away and are unable to see anything in person, I suggest that you try to find someone that can look for you – a classmate, for example. That way they can speak with the rental company in person, and send you videos and pictures of the apartment and surrounding neighborhood.

This was expensive. I shipped 10 boxes using FedEx, which weighed about 200 pounds total and cost around $400. I’ve heard that UPS is the cheapest, but I had a family discount using FedEx. You can also look into shipping your boxes via Amtrak Express Shipping, where you can put your boxes on a train. This is great if you live nearby a larger city that has an Amtrak station.

I mailed a lot of glassware/mugs, which I wrapped with newspaper and stuffed between pillows and blankets. Nothing was broken, so don’t worry about that. My clothes smelled strange after shipping, so I cleaned everything once they arrived.

This was the most tedious part of this entire process. I searched on CarMax (which rarely had cars for cheaper than $10,000), Autotrader.com, and Craigslist. I had the best success with Craigslist, but I spent some time in larger cities that had a large selection of used cars. I test drove several cars, and had a mechanic check out my favorite car before I purchased it.

Registering a used car in Maryland is a hassle, as you need a safety inspection before you can fully register it. The safety inspection was nit-picky and I had to spend an extra $700 on repairs to make it pass, even though the car was in great condition. Overall, I’m happy with my car, and hope that I won’t have to buy a used car in the future again.

Purchasing Furtniture and other Necessities

My plan was to buy used furniture from thrift stores and Craigslist, as I wanted to save as much money as possible. However, I live in a poor location, so there aren’t that many options when it comes to decent furniture. I bought some bookshelves from Walmart, a desk chair from Staples, and got a discounted box spring from a mattress store. My roommates were also able to lend me a mattress and a dresser. I got hangers and bedding from Amazon and Target, and everything else was pretty much bought at Walmart or Target.

An entire bedroom and bathroom’s worth of belongings is pretty expensive, so be prepared to purchase all of these things. Hopefully you’ll be able to use things that you already own, but I had to leave a lot of my belongings in California because it was cheaper to buy new than to ship everything to my new apartment. 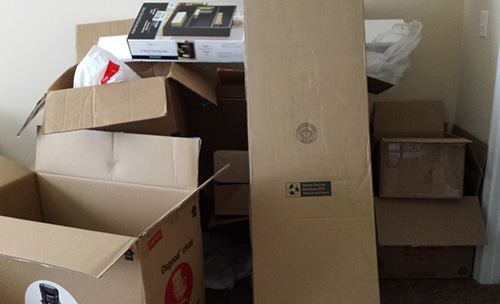 Moving in takes a few weeks if you have to start from scratch. Finding furniture, buying your belongings, decorating, assembling cheap furniture, and exploring the new area takes a lot of time, and you don’t want to rush anything either!

Hopefully this helps you out! If you have any questions, feel free to ask! 🙂

Do you have any packing or moving tips? Share below!