The last few weeks have been pretty insane. We’ve taken lots of exams, learned so many things, and I haven’t had as much free time as I normally have.

Spring break starts today and I have a long to-do list of things that I’ve been planning on doing for weeks now, including several posts that I want to write.

I don’t know how much I’ll even remember about three weeks ago but I’ll do my best!

That week was pretty uneventful. I barely started studying for the second neuro exam, but it’s hard to start studying more than a week in advance.

I have some cool stores about my personal life though. So I was dating someone last year, and we went through a pretty rough breakup last semester. It was really stressful to be in constant arguments with someone while you’re already stressed out about school, so I wasn’t in a very good place. However, it did get better once I no longer had that added stress and I could focus on school for the rest of the Fall semester.

This semester though, I ended up giving a tour of my school to a few applicants on their interview day. I gave the tour with another first year student, and he drove me home once we were done. I guess we had never really talked to each other last semester, but we had a ton in common and got along wonderfully, so we started dating! It was totally weird at first because all of our classmates kept secretly whispering to us to get details, so I imagine that’s how celebrities feel when everyone wants to know their business haha

Anyways, we went to a wedding three weeks ago and it was so much fun. We actually got stuck in traffic for an hour because someone’s car caught fire, so we arrived just after the ceremony finished. We ate lots of yummy food (I was greedy and got two different cupcakes haha) and danced all night, and then went hiking the next morning.

The rest of the weekend was rough because we had a neuro exam on Monday. We half-heartedly studied the flashcards I had made while we were driving, but didn’t study much until Sunday. We studied literally all day on Sunday, from 8am – 9pm, and then I woke up early on Monday to study more. Thankfully I already knew some of the powerpoints pretty well, so I only had to cram half of the material. It was still a pretty rough exam, but it was curved so I somehow managed to still do well.

Where we went hiking, and where we on the drive home to eat some burritos.

This week felt like one of the most stressful weeks since we started the program. We had the neuro exam on Monday and right after the exam during our lunch break, people started complaining about a couple unfair test questions while also complaining about our upcoming exam on Thursday.

Don’t get me wrong, I was also stressed out and needed to complain about things too. However, it is really rough to be surrounded by negativity sometimes. Everyone is so thankful and happy to be in the program, but some weeks are harder than others, especially when you study so hard and feel like you didn’t do as well as you wanted on an exam.

I started studying for Thursday’s exam that Monday, but some of the information was review from last semester so I felt okay about not studying earlier. A majority of my classmates were very nervous about this exam in exercise physiology because we knew that there would be math problems and we’re not allowed to use calculators in that class. I made practice problems, including some math problems, and shared them with everybody. It really helped me study because I had to understand the material in order to make questions and to write the correct answers. Anyways, the exam was better than the first exercise physiology exam.

Fridays are palpation days, so this week we reviewed some of the bony landmarks on the hip like the PSIS, ischial tuberosity, and iliac crest. Then we tried to differentiate between the gluteus medius and tensor fascia latae by having our patient (aka first year student) perform the actions of each muscle to feel which muscle is activated during which movements, and we positioned our hands where each muscle is actually located in relationship to each other.

Eventually we palpated the knee which was really cool. We dissected the knee in lab a few weeks prior, so now we were able to test our knowledge and try to find some structures on each other. We started off by just feeling the patella and finding the joint space between the femur and tibia, and then found the head of the fibula. We did internal and external rotation of the tibia to feel the bone moving. Then we found the medial collateral ligament and stressed it with external rotation and valgus stresses. The MCL is a somewhat broad, flat ligament, so I was never really sure if I could feel it.

Over the weekend, several of the first year students and some 2nd/3rd year students ran in a 5k/10 mile race. I hadn’t run since the end of December so I definitely wasn’t planning on winning. I have run 5K’s in the past, but they were the Color Run and a Neon Run, so they were just for fun and you end up walking a lot and talking to other people.

Most of us ran the 5K. It started in the morning and it was 35 degrees out, and it actually started snowing a tiny bit before the race had begun. I ran it in 27:40 and my first mile was 8:45, which I haven’t run since middle school! I was so proud of myself, and I think the competitive atmosphere and the people cheering really forced me to run fast. My calves were sore the entire week, and I couldn’t really move my feet unless I stretched my calves before I tried to walk. Several classmates asked why I was walking funny and they said I looked like I was in pain haha

I met someone that works at the humane society and she did the 5K with one of the shelter dogs. I talked to her for a while and said that I would come in to volunteer and walk with the dogs, so I’m really excited about that.

We had our first Kinesiology exam on Friday, so we spent the entire week studying. We learned about forces and torque so we had to practice some math problems, and then we also had the knee joint, hip joint, and introduction to gait. Kinesiology is incredibly interesting because we’re finally able to apply our anatomy knowledge. I did have to relearn some muscle attachments, actions, and innervations, but I did remember more than I expected.

Kinesiology is also focused on truly understanding what occurs at each joint, visualizing where the muscles and ligaments are, and what the bones are shaped like. It’s easily my favorite class of the semester because it makes you feel like an actual PT student, and it’s getting everyone excited to have more hands-on classes.

The exam took 2 hours to complete and it was better than I expected, honestly. Each topic has a lot of little details, but our professor does a wonderful job at testing us on the concepts, so we get to show how much we truly understand the material. It felt like we were taking anatomy exams again. 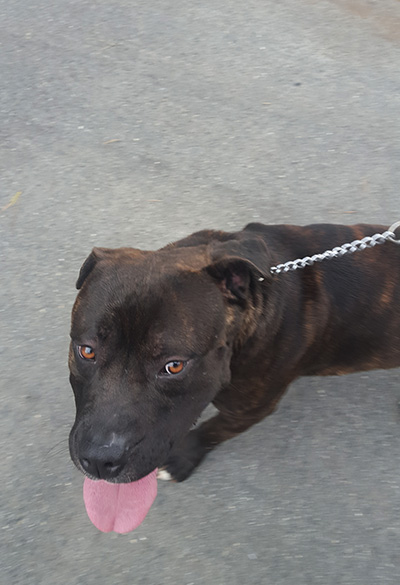 Today’s the first day of spring break, so I’m basically going to do nothing today. The humane society opened at 11am today, so I walked three dogs for a couple hours. It was really fun getting to walk and jog with the dogs. They close pretty early during the week so I think the only time I can go back is on Saturdays.

This is Zeplin, and he’s the first dog that I walked. He was jumping and pulling on the leash at first because he was so excited to finally go outside. I jogged with him to get some of his energy out, and he got pretty tired after only 1/4 of a mile. 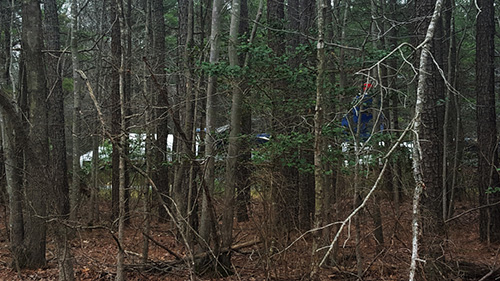 The humane society is right next to a small airport. We can only walk dogs on one side road, because the nearby road is 40 MPH and not safe to walk dogs on because there aren’t any sidewalks. At the end of the road are these two airplanes though. I’m pretty sure you can just walk through the trees and go check them out, because they aren’t surrounded by a gate. I didn’t go explore, but I definitely want to! It looked like they were working on repairing them.

The weather has been pretty nice this week, so hopefully I’ll make it to the ocean sometime during spring break. I also have been dying to go rock climbing, so I’ll take the day to drive to the nearest climbing gym which is about 2.5 hours away.

We have 3 exams the week that we’re back from spring break, and then 2 exams the following week. I’ll also be studying a lot this week unfortunately, but I’ll definitely be relaxing for the most part.

What was the most challenging structure for you to palpate during PT school? Do you have any tips for others? Share below!