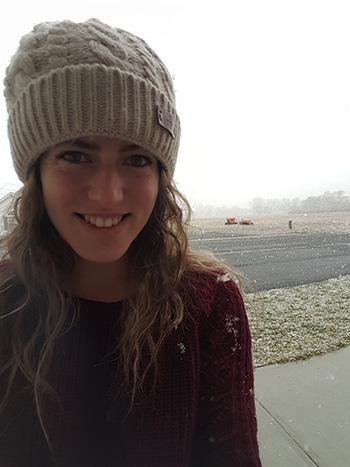 Winter Semester is officially over!

I’ve never lived in the snow before, so I was so excited for it to snow last week! I opened all the windows and just stared at the snow falling for an hour. I’ve seen snow before, but it’s pretty different to actually live in it. The snow made everything look so quiet and beautiful. I always ran through the parking lot and to the classrooms because playing in the snow is so much fun! I probably looked like a crazy person, but stomping around in the snow before class totally made my mornings.

We took our anatomy lecture exam and practicals on the same day. It was 70% of our grade, so I was nervous about how difficult the exams might be. We got our lecture exam grade back about 2 hours after our practical was over, which nobody was expecting back so early. It usually takes about a week for her to grade everything, but she was grading while somebody else gave us the practical exam. 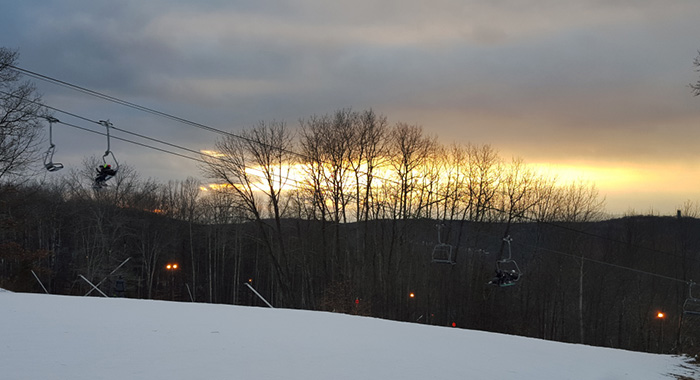 The next day I went snowboarding with 4 of my classmates. We had to drive 4 hours to Pennsylvania and the park made all their own fake snow, so it was strange to not see any snow until we were literally in the parking lot.

I loved snowboarding with them because I was able to keep up with everyone. We stuck to the easier runs the whole time and I got a lot better by the end of the evening. It was also pretty empty for most of the day, and then got crowded after 4:30 or so.

We had reception on the mountain, so we were snapchatting our friends. One classmate sent me a snapchat that she got 100% on the practical exam, so we all checked our grades while sitting on the snow, halfway down the mountain.

The drive back was exhausting, but we listened to 90’s music the entire way and sang along, and that was a ton of fun.

Winter semester ended on Wednesday, and our Spring Semester was supposed to begin on Monday. However, the school cancelled classes for Monday because of the snow! We didn’t get much snow over the weekend to begin with, and most of it melted today, but the school had some power outages. I’m not sure if this counts as a snow day, but I’m counting it! It’s my first real snow day so that’s exciting. I have another day to do nothing before the studying begins again.

Here’s our schedule for the spring. We’re taking 17 units, so every class is either 3 or 4 units. The Thursday Pathophysiology lecture is only for the first half of the semester. Eventually we won’t have that class on Thursdays anymore. Our class is split into 2 groups for the Labs on Thursday, so the other half does Ex Phys first and then Kines second. The Friday palpation lab will be cancelled a couple times throughout the semester if we have a Kinesiology exam that week. Fridays will be mostly for dissection of joints, but will also be reviews when we don’t need to dissect.

We had to buy a goniometer, retractable tape measure, protractor, white t-shirts, and solid blue or black gym shorts. Do you know how hard it is to find solid colored gym shorts when it’s 30 degrees out? I was hoping that I could find some cheap shorts, but all of the cheaper stores only had winter clothes or shorts in crazy colors.

We don’t have any 8am classes anymore, so my plan is to go to the gym in the morning before class. I tend to make excuses after class because there’s studying to do, so hopefully working out in the morning will work well for me.

Did you ever have a snow day during college or PT school? Share your story below!