Wow. Just wow. That flew by so quickly. I can’t believe that we finished our last week of classes already.

We finished all of our presentations for our life span development class, and took our final exam for that class as well.

We also had a chance to look over all of our anatomy exams and quizzes during class. I looked over all of mine, and it was crazy to see how much information we had learned in just one semester. I also felt really smart when looking over information from the beginning of the semester and realizing that I know that information off the top of my head now, and don’t struggle to come up with those correct answers anymore.

Our last day of anatomy review was really awesome. Instead of getting our usual candy bowl, our professor brought in pastries from Panera bread and classmates brought in banana muffins, orange juice, milk, and bagels. I grabbed the only giant cinnamon roll and split it with a classmate and it was SO good! The 2nd year TA’s were also there and we got to hang out with them and talk about christmas breaks.

I also thought it was a good time to pull out one of my favorite jokes: 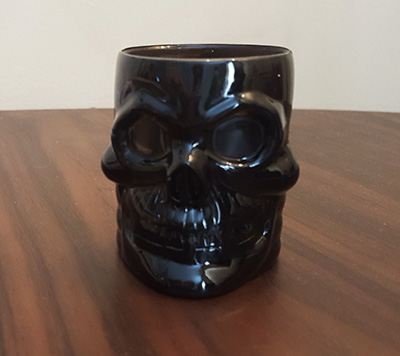 “What do you call a bagel that can fly?”

Many laughs were had, but mostly by me. I thought it was funny.

Anyways, we had a 75 question review with our clickers, and my partner and I won! We didn’t miss any questions and that’s never happened before. I’ve also never won the review, despite being close every week. We walked away with these skull shot glasses.

I’ve also had some trouble with studying for finals. I’ve done well with my exams so far, so I don’t need to do as well on my finals to keep my grades up. However, I do feel guilty for not working my butt off right now because I feel confident, but I also don’t want to screw myself over by not working as hard as I could be working. I’ve been watching a lot of Gossip Girl on Netflix, and I bonded with my roommate while watching Zombieland, The Dark Knight Rises, and Hunger Games when they were all on the TV on Friday night. 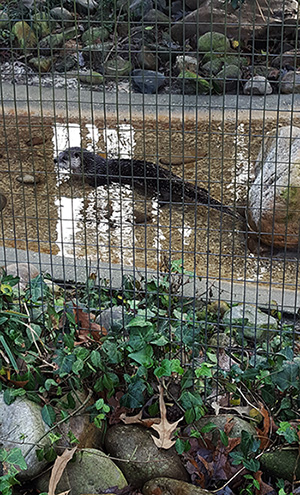 I finally started studying hard on Saturday with a couple of classmates. We talked through the material of two classes, and then took a break to go to the zoo!

It happened to be a special Christmas Critter weekend so it was pretty crowded. The zoo is free in our town, and one of my classmates will run on the trail that is around the zoo and then do her cool down by walking through the zoo.

We saw two capybara and I really wanted to take them home and cuddle with them.

Alpaca (I think?). A lot of the animals we saw were chewing on their cages.

Baxter the bunny! We thought he was especially adorable because we recently learned about Baxter’s nerve.

Now it’s time to start studying again. One final is cumulative, so that will take a lot of time to review all of the material from the entire semester. Hopefully I’ll have time to update sometime during finals week, but if not then I’ll probably write more once I’m at the airport.

What is your favorite thing to do for a study break? Share below!